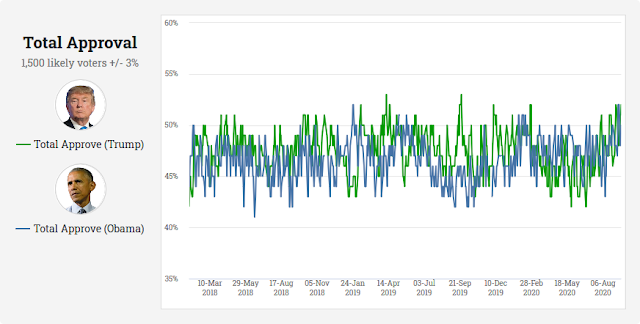 The latest figures include 40% who Strongly Approve of the job Trump is doing and 41% who Strongly Disapprove. This gives him a Presidential Approval Index rating of -1. (see trends)

WNU Editor: President Trump is polling 2 percentage points better in his approval numbers than President Obama did at the same time when he ran in 2012. Rasmussen is also reporting that President Trump has now edged to a one-point lead over Democratic nominee Joe Biden in the latest Rasmussen Reports’ weekly White House Watch survey. While statistically insignificant, it’s the first time Trump has been ahead.