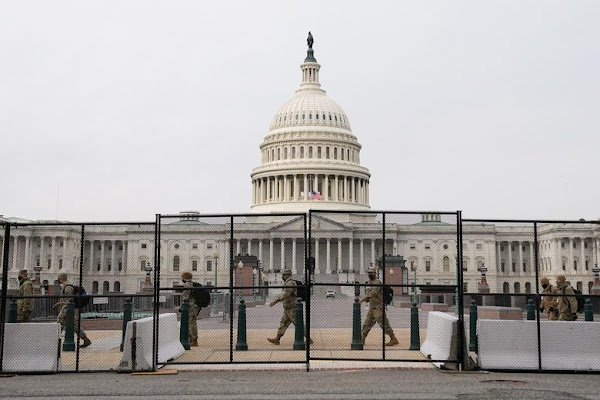 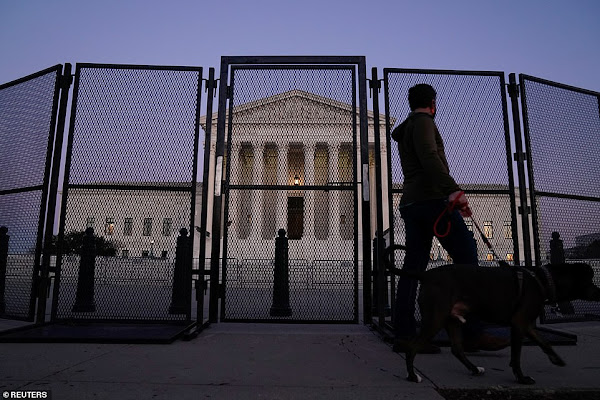 SUPREME COURT: Fences were in place outside the Supreme Court on Tuesday 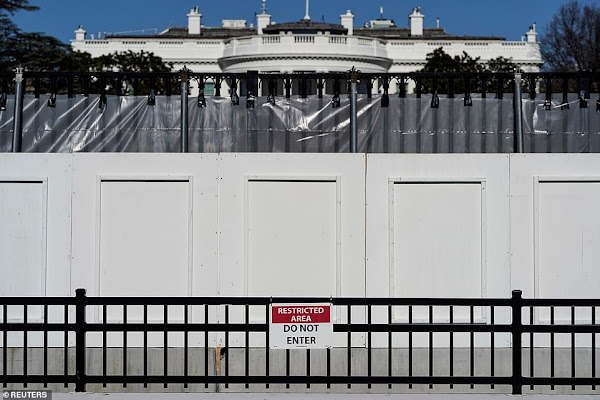 WHITE HOUSE: Restricted areas have already been established around the White House and Capitol grounds with extra security screenings in place for those trying to get access
WNU Editor: Just finished being on a Russian late-night radio show discussing what is happening in Washington DC right now.
Talk about optics before the inauguration.
16,000 thousand armed National Guard soldiers around a completely fenced-off Capital building. 5,000 more in reserve. Total of 21,000 armed soldiers drafted in for Biden’s inauguration
Throw in DC police, FBI, Secret Service, and God only knows how many more law enforcement officers.
And all because a few hundred stormed the Capital Building last week breaking a few windows and doors, loitering in the halls and elsewhere, ransacking a few offices, stealing some furniture, documents, and office equipment.
Rioters who are now under arrest and deservedly facing serious jail-time.
This is not a government that is afraid of its own people.
This is a government that is terrified of them.
Update: I love how the political and media narrative changes when it suits them.
Case in point.
The reaction from the media and political class to today’s deployment of armed military personnel around the Capital Building is completely opposite to what they were saying to the unarmed National Guard deployment that occurred during the summer after President Trump was taken to the bunker by the Secret Service because a few hundred rioters were threatening to storm the White House …. Trump fled to bunker as protests over George Floyd raged outside White House (The Guardian).