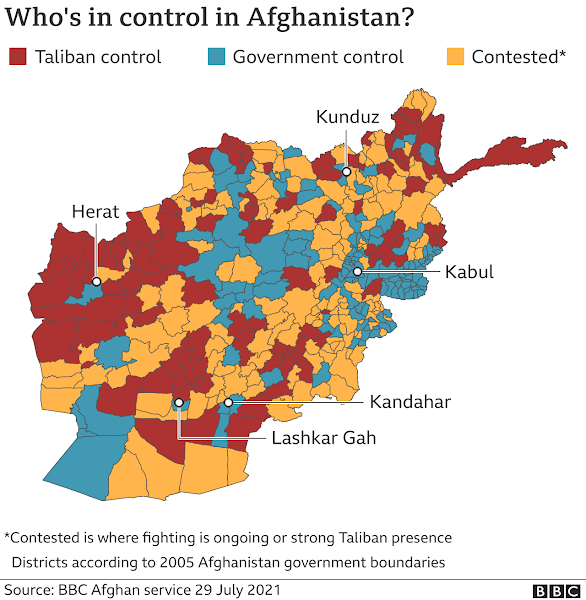 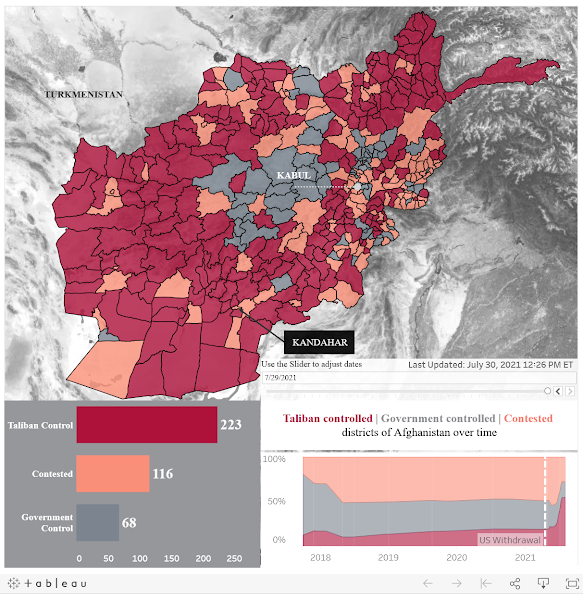 An Afghan security guard was killed on Friday when a United Nations compound came under attack in Herat, officials said, as fighting raged between government forces and the Taliban on the outskirts of the city in western Afghanistan.

Violence has surged across the country since early May when the Taliban launched a sweeping offensive as the US-led foreign forces began a final withdrawal which is now almost complete.

‘We walked 18 hours, no food’: Taliban advance triggers exodus of Afghans — The Guardian

Mapping the advance of the Taliban in Afghanistan — BBC